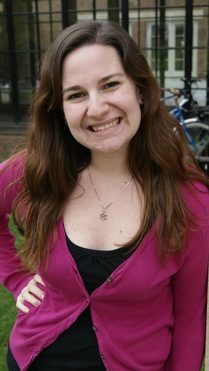 Darielle Shandler is a Manhattan based designer, stage manager, and playwright who is passionate about using multi-media and movement as part of her theatrical work.


In May 2013, she graduated from Drew University with a BA in Theatre Arts and minors in Arts Administration and Jewish Studies. At Drew, she directed Brigid Bello’s new play and tigers., choreographed a piece in Endless Beginnings, and light designed Antigone, Now I Lay Me Down to Sleep and Like Dreaming, Backwards. In 2013, she worked with StrangeDog Theatre, in which she light designed and stage managed Claire Went to France and Omnivores, both new plays by Ben Clawson.

In December 2013, she worked - built, programed lights, and assistant stage managed - with Mill Mountain Theatre in Roanoke, Virginia on their production of The Sound of Music. In April 2014, Darielle assistant stage managed and crewed Isolde, one of the newest productions from the New York City Players. The summer of 2014 brought interning for the New Ohio Theatre in the ICE Factory Festival, where she not only helped mount six shows in six weeks but she also crewed shows where ghosts and vampire cowboys were main characters. She then assistant light designed My Stubborn Tongue with XO Feminist Productions and then with the United Solo Festival. To Darielle's surprise, she continued to work in lights, and in November 2014, she light designed at IRT Theatre for the new play RCulture, a play which deals with rape culture through the use of clowning.

Most recently, she helped with production managing and venue managing at The New Ohio Theatre for PS122's COIL Festival on the new play by Mike Iveson Sorry Robot. She was also the follow spot op. Currently, she is the assistant production manager with Production Core on The Civilian's new show Pretty Filthy at Abrons Arts Center.

She has studied Shakespeare with the Oxbridge Academic Program in Cambridge, England, and with the American Shakespeare Center in Staunton, Virginia. She has also worked with Bond Street Theatre in Manhattan. She has had over eighteen years of dance training which includes ballet, jazz, lyrical, hip hop, and musical theatre. In addition to having a background in film production, having been a part of The Center for Mass Communications in Roanoke, Virginia, she has studied film in New Jersey, England, and Israel. She believes theatre has an amazing healing power and she hopes one day to be able to create a piece that can combine all of her passions into one performance.